The Home of Diamonds since 1888, De Beers is the world’s pioneer of diamond perfection, guiding individuals on their personal journey of discovery. Harnessing nature’s finest work of art, De Beers hand select the rarest natural diamonds, creating distinctive designs, each as unique as its wearer.

Here is a timeline of De Beers’ heritage.

1947 – Frances Gerety, a young copywriter at the N W Ayer advertising agency, creates the timeless slogan, ‘A diamond is forever.’ Fifty years later, it’s recognized by Ad Age as the greatest advertising slogan of the 20th century, conveying the eternal meaning of a diamond.

2000 – De Beers celebrates the new millennium by unveiling the De Beers Millennium Star, at the time, the world’s second largest top-colour diamond at 203.04 carats, cut into a pear-shape that maximizes its beauty. It heralds the launch of De Beers’ new fine jewellery brand.

2001 - De Beers Jewellers is formed. Celebrating diamonds as nature’s works of art, our designers begin creating distinctive pieces that showcase them in their perfect light.

The De Beers Institute of Diamonds is created for diamond selection and verification, before branding every diamond over 0.2 carats with the De Beers Marque and individual number.

2002 – . Our flagship store opens in London, reflecting the sophistication, creativity and individuality synonymous with the city.

The Diamond Route in Southern Africa launches, protecting the biodiversity of seven key destinations, an award-winning initiative that highlights De Beers’ role as a major force in conservation.

2003 – The Kimberley Process Certification Scheme is established to block the flow of conflict diamonds. One hundred per cent of De Beer’s diamonds are certified conflict-free.

2009 – De Beers launches the ‘Enchanted Lotus’ collection, now one of the brand’s signature collections. The central motif traces the outline of the spiritual flower, symbolic of purity, serenity and eternity.

2010 – The 'Dewdrop' collection is launched, inspired by the freshness of morning dew collecting on leaves at dawn and speaking of new beginnings.

2013 – A new engagement ring service is introduced: ‘For You, Forever’, gives clients the opportunity to individually select their own diamond, ring design and setting.

2017 – De Beers announces a three-year partnership with UN Women to support women and girls in its operating countries, to challenge gender stereotypes and accelerate the advancement of women across the organization.

2019 – The launch of the ‘Horizon’ ring sets a new aesthetic for the brand. Contemporary and playful in design, it becomes an emblem of freedom for the individual. The high jewellery collection ‘Portraits of Nature’ by De Beers also marks a first – never before has such a myriad of fancy coloured diamonds, both rough and polished, been used by De Beers in one collection, inspired by how light interacts with some of nature’s most colorful creatures. 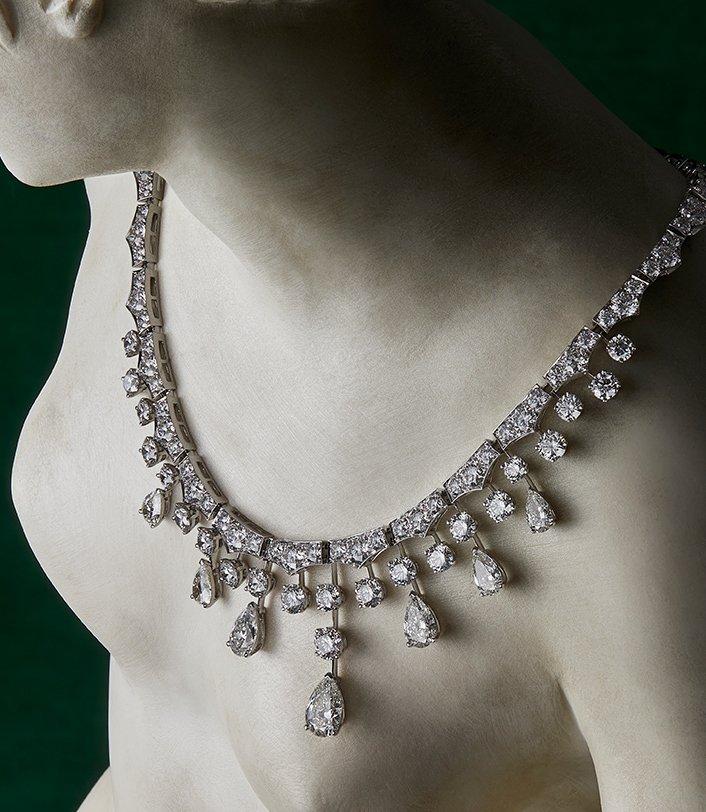 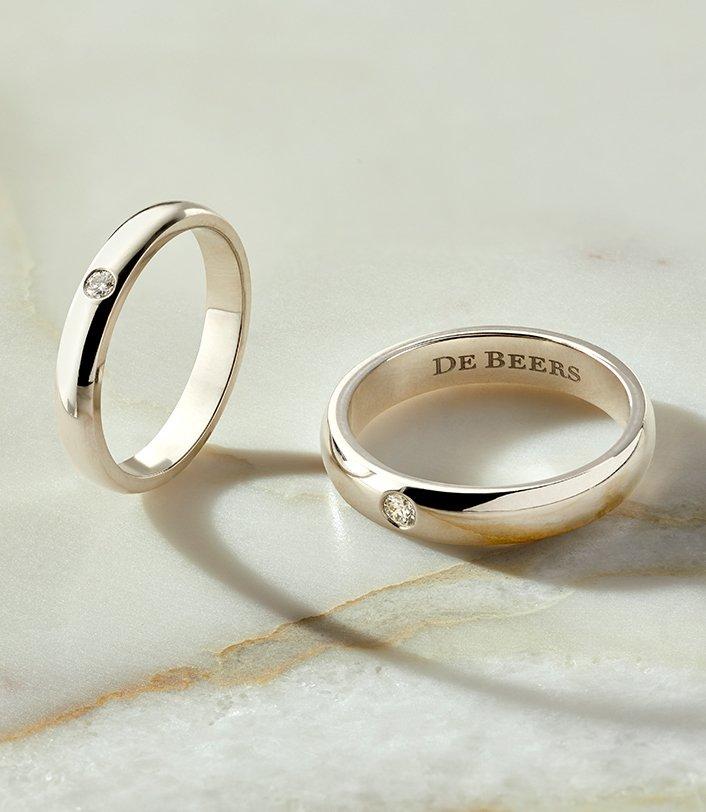 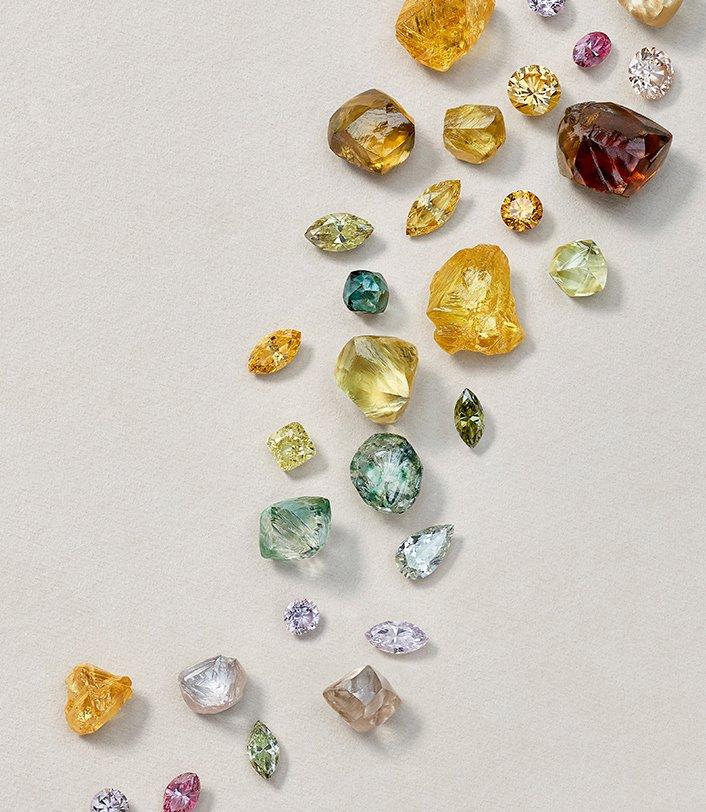 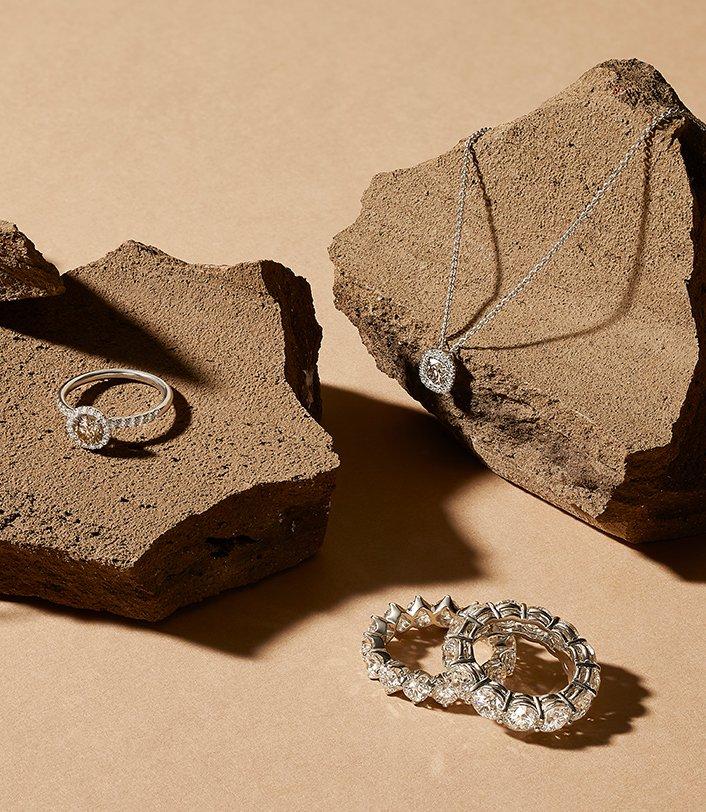 The Alchemist of Light

How to select your diamond

Looking after your diamond

De Beers Where It Begins

How to select your diamond

Our expert Brand Ambassadors will be glad to advise on your purchase and respond to your enquiries. You can book an appointment to visit one of our stores or contact us through live chat, submitting an enquiry, email, call back or telephone. Please also feel free to visit our FAQs page.

An error has occurred while processing your request. Please contact our Support team. Please indicate the URL of the page you were requesting, any error id shown on this page as well as any other related information. We apologize for the inconvenience.

You are visiting De Beers Canada website, where you can browse our collections.

Shipment is only available to the country/region you are browsing. In order to deliver to a different location, please select your country at either the top right or bottom of the page.

1. Click on the ‘Take or upload a picture’ button.

2. Take a photo of the jewellery or upload a jewellery image.